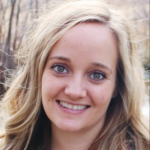 [wptab name=’Our Analysis’]The Phoenix 98516 is the definition of a budget, entry-level treadmill. It is priced so low thanks to its complete lack of technological features and the fact that it is powered manually rather than electronically. However, that isn’t to say that it’s a bad piece of fitness equipment. On the contrary, it offers excellent value for money, providing that you fall into the treadmill’s target market.

The treadbelt measures just 41.5″ x 13.5″, which is really quite on the small side. Therefore, taller individuals may feel confined as they work out, so may want to look elsewhere. Although keep in mind that you will have to pay significantly more for the privilege of a more comfortable workout experience, as the larger and wider the treadbelt the more expensive the treadmill. Heavier individuals may also want to look at other models, as the maximum capacity supported is 250 pounds.

While we said that there was a complete lack of technological features, this isn’t entirely true, as there’s a computer monitor (2x AA batteries required – included in the box) which is able to display the time, distance, speed and calories burned.

One of the best aspects of the Phoenix 98516 is undoubtedly its compactness, making it the perfect choice for those who are limited on space. The treadmill measures 46″ x 21″ x 50″ when assembled, and just 22″ x 21″ x 50″ when folded.

The Phoenix 98516 has been mostly well received by users. Despite its low price one user has pointed to the machine’s construction quality as one of its strongest points, as it has been 4 years and the treadmill is still going strong. Others have praised the treadmill’s value for money as well as its ability to offer an effective workout.

However, you should also keep in mind that the calorie counter seems to be inaccurate, which doesn’t come as a surprise considering the treadmill’s low price. There have also been complaints about the treadbelt coming loose, although this seems to have been fixed over the past year, as no one has reported the issue since.

Overall, we feel that the Phoenix 98516 offers excellent value for money. While it doesn’t come with any technological features (apart from the computer monitor) and isn’t suitable for running on, if you’re “looking for a treadmill that did not cost a fortune, was easily moved, and that gave you a good workout”, as one reviewer put it, then you would struggle to do better. The Phoenix 98510 Easy-Up Manual Treadmill may also be worth a look at.